The pay gap between women and men in the United States has been declining fairly steadily since the early 1980s. As the chart below shows, the ratio of median annual earnings by women to that by men (among those employed full-time year-round) increased from .60 in 1980 to nearly .80 in 2006. That’s a good thing insofar as it reflects greater labor market access and opportunity for women. 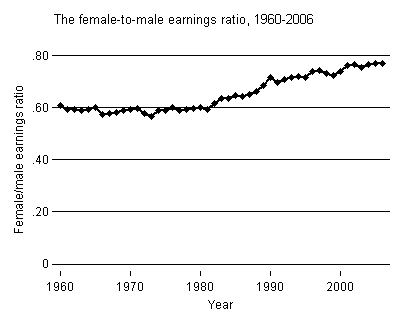 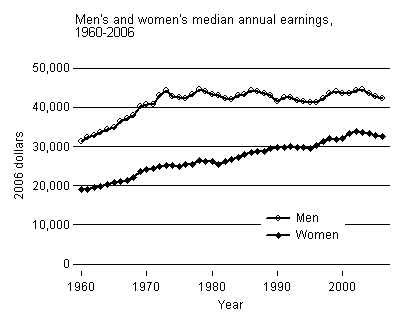 (The data are in table A-2 of this Census Bureau report.)

There’s no reason to presume a causal relationship between the two; it isn’t likely that men’s earnings have been stagnant because women’s have been rising. After all, prior to the mid-1970s both were increasing.